Alarmél Valli (Choreographer/Soloist) is a leading Bharatanatyam dancer and choreographer of international renown, acclaimed for her ability to turn a traditional grammar into a subtle, deeply internalized, personal dance poetry. Having studied with great masters, Pandanallur Sri Chokkalingam Pillai and his son Sri Subbaraya Pillai, she has evolved a distinctive style of dance that is classical and yet contemporary, precise and poetic.

Amongst numerous awards received by her are the Padma Shri and Padma Bhushan conferred by the President of India, The Sangeeth Natak Academy award from the Indian National Academy for Dance, Music and Drama and the Chevalier of Arts and Lettres award from the Government of France.

Alarmél Valli’s early training in music under eminent musician, Smt. T. Muktha, helped shape her ideal of an intensely musical dance style, based on an awareness of the fact that text and music are as inseparably linked, ‘as the word and its meaning.’

In 2004, The Films Division of India commissioned a film on Alarmél Valli for the Indian National Archives – Pravahi, directed by Arun Khopkar. The BBC also made a film on her for the Omnibus series. In 2012, Lasya Kavya, a film on her by Sankalp Meshram, won the National Award for Best Non-Feature Film on Art and Culture.

Alarmél Valli has danced at leading festivals in India and cultural venues abroad, including the Bolshoi Theatre, the Theatre De La Ville and the Avignon Festival in France, the Edinburgh Festival, the Royal Albert Hall and the Queen Elizabeth Hall in London, the New York International Festival of Arts and The Kennedy Center in the U.S., the Venice Biennale, the Lyon Biennale, the Frankfurt Alte Oper, the Vienna International Dance Festival and the Israel Festival. 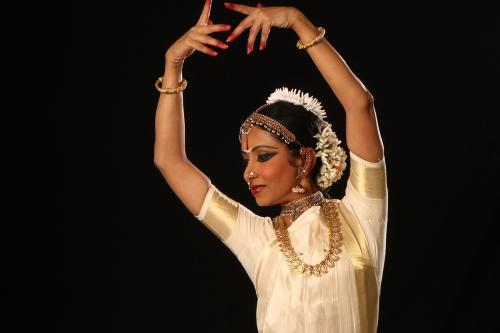