D.J. Mendel most recently directed Cynthia Hopkins' This Clement World which premiered at les Subsistance in Lyon, France and was presented at St. Ann's Warehouse in NY and The Walker Arts Center in Minneapolis. Other recent credits include: Daniel Bernard Roumain’s Symphony for the Dance Floor which had its New York premiere at BAM’s Next Wave festival, Jillian Lauren's one-woman show, Mother Tongue, which premiered at Summerhall in Edinburgh, DBR's Darwin's Meditation for the People of Lincoln (BAM/US TOUR), Cynthia Hopkins’ The Truth: A Tragedy, (Soho Rep), Accidental Nostalgia, Must Don’t Whip ‘Um, and The Success of Failure (or, The Failure of Success)—all of which were presented at St. Ann’s Warehouse as well as throughout the US and Europe. Mendel also works with singer Rosanne Cash, video designing and directing her last two tours: Black Cadillac: In Concert and The List: In Concert. He has directed two feature films, Make Pretend and Planet Earth: Dreams. As a performer, DJ has worked with avant-garde theater-makers like Richard Foreman, (The Universe, Permanent Brain Damage, and Panic!), Karen Coonrod (Christmas at the Ivanov's/ CSC), and 31 Down (Red Over Red, Here At Home). He most recently starred in Hal Hartley's latest feature film, Meanwhile, which premiered at IFC in NY in October. Since 2000, Mendel has played roles in Hartley’s feature films No Such Thing (2001), The Girl from Monday (2004), and Fay Grim (2007). Other starring film roles include: Richard Sylvarnes’ The Cloud of Unknowing (2004) and H.C.E (2007), both debuting at the Tribeca Film festival, and the title role in Salvatore Interlandi’s critically acclaimed Charlie (2006). Mendel's plays include, Dick Done Broke, (Bushwick Starr) Tom, Dick and Harry, (Ontological), Exhaust Pipes and Manifolds (CSV Cultural Center), and Why I Love Country Music. 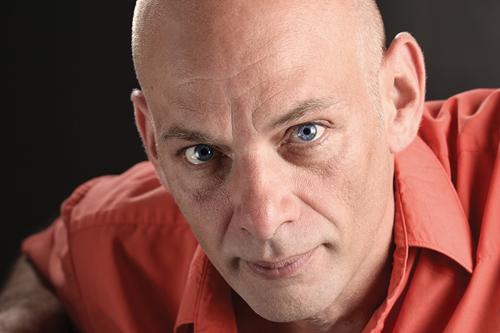