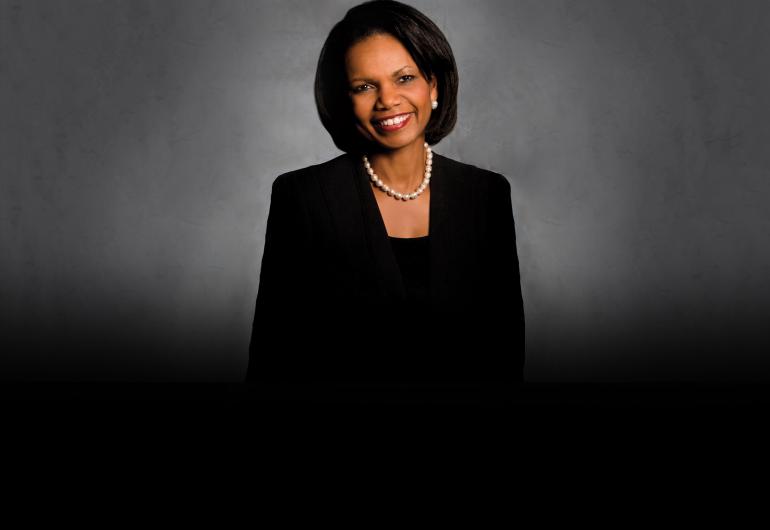 Reserve your seat today for this free, but ticketed lecture featuring Condoleezza Rice, presented by Hubert H. Humphrey School of Public Affairs! Widely considered to be one of the most influential figures in international public life, Condoleezza Rice shares her perspectives on the progress achieved and challenges ahead in efforts to promote civil rights for all Americans.

As Secretary of State and National Security Advisor, Condoleezza Rice promoted a policy of transformational diplomacy and the development of political systems worldwide based on democratic principles. Rice has proven to be a significant leader during a time of unprecedented and tumultuous world affairs, recognized for her effort to foster freedom and democracy. Her great love of America and her faith in its core values are the foundational strength of her presentations regarding foreign policy, education and the empowerment of women. Rice is the author of two New York Times best-sellers, Extraordinary, Ordinary People: A Memoir of Family and No Higher Honor: A Memoir of My Years in Washington.

The 2014 Distinguished Carlson Lecture featuring Condoleezza Rice coincides with the Humphrey School of Public Affairs' year-long effort to ask figures in public life to reflect on progress achieved and challenges ahead in the 50th anniversary year of the Civil Rights Act of 1964. In this series, entitled Keeping Faith with a Legacy of Justice: The 50th Anniversary of the Civil Rights Act of 1964, the Humphrey School is welcoming some twenty individuals from a broad range of perspectives through July 2014. More so than any single law, this legislation was responsible for hastening the demise of de jure segregation in many parts of the country. No U.S. lawmaker was more responsible for passage of the Civil Rights Act of 1964 than the Humphrey School’s namesake, Hubert H. Humphrey, and he regarded its passage as a crowning achievement of his political career.

This event is made possible by a gift from Carlson and the Carlson Family Foundation.