Main navigation Main content
University of Minnesota
http://twin-cities.umn.edu/
612-625-5000
Go to the U of M home page
Go96.3 and Northrop Present 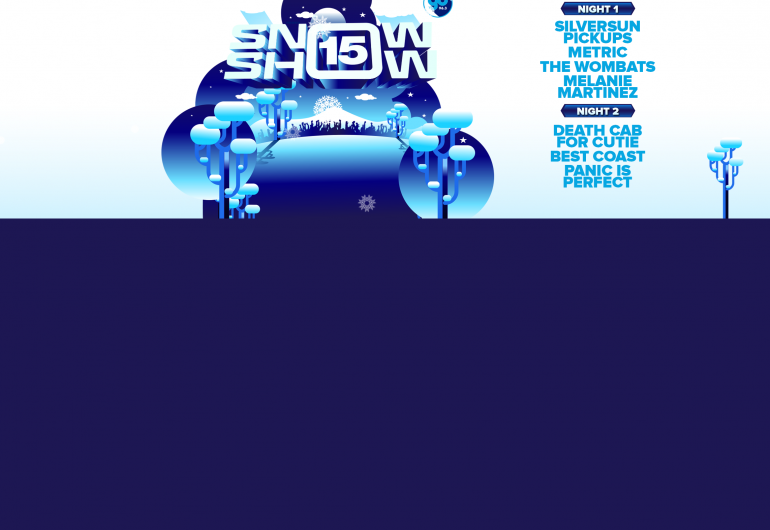 96.3's Snow Show ’15 promises to be the concert event of the holiday season. With an eclectic line up over two nights, this show is not to be missed.

The Wombats
English indie rock band  The Wombats was formed in Liverpool. The group is comprised of Matthew Murphy, Dan Haggis, and Norwegian-born Tord Overland. In April 2015, the group released their album Glitterbug, featuring the singles "Greek Tragedy" and "Give Me a Try."

Melanie Martinez
An American singer, songwriter, and photographer, of Puerto Rican and Dominican descent, Melanie Martinez was a member of Team Adam in the third season of the American television show The Voice. Melanie's first major-label studio album Cry Baby was released in August of 2015.

Death Cab for Cutie
For nearly two decades, Death Cab for Cutie has been hailed as one of contemporary music’s most compelling and creative collectives. The group consists of Ben Gibbard, Nick Harmer and Jason McGerr, and released their eighth studio album Kintsugi March.

Best Coast
American rock duo Best Coast formed in Los Angeles, California in 2009. The band consists of songwriter, guitarist and vocalist Bethany Cosentino and guitarist and multi-instrumentalist Bobb Bruno. In 2013, the duo released an EP “Fade Away” and their third studio album, California Nights, was released in May.

Panic is Perfect
San Francisco-based Panic Is Perfect writes simple indie pop songs with meaningful lyrics and melodies that stay with you long after the songs end. The group released their debut EP Behind Your Eyelids in February 2015 featuring the single "Go Go Go."