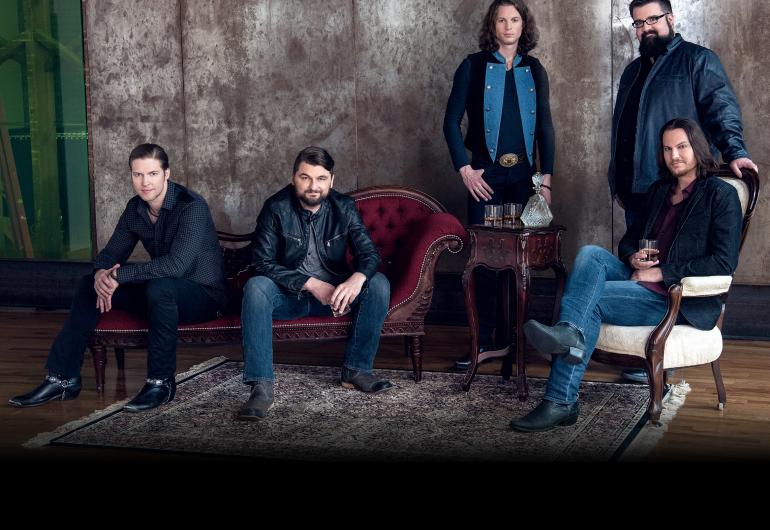 Home Free is bringing new music, new production, more country, and holiday favorites when they come to town in A Country Christmas Tour! The 5-man band has become known for their show-stopping performances that mix their signature no-instrument, all-vocal music with their quick-witted humor.

Home Free has become a household name for peppering Nashville country standards with country-dipped pop hits (and having a great time doing so).

A Country Christmas Tour brings new music from an upcoming Christmas re-release, plus new country hits like Maren Morris’ “My Church,” pop slams like Shakira’s “Try Everything,” and fan favorite classics like the calypso-infused arrangement of Johnny Cash’s “Ring Of Fire.”

Home Free came crashing into the country world in 2013, after winning NBC’s The Sing-Off. Since catapulting into the national spotlight, they have sold 250,000 albums, racked up more than 80-million YouTube views, and entertained more than 100,000 people live in concert. The group recently celebrated the release of their third studio album, Country Evolution. The release debuted at No. 4 on the Billboard Country Charts, elevating the band “from auxiliary entertainment to headlining attraction” (Times Leader).

There are only 32 tickets available for sale for each show!

VIP Ticket holders will be sent information about arrival times 7-10 days prior to the show.