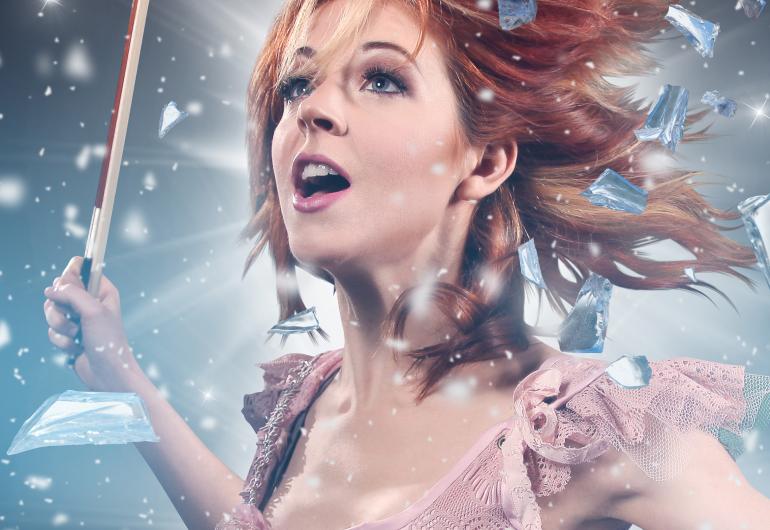 Lindsey Stirling is one of the biggest artist development breakthrough stories in recent years. A classically trained violinist from Gilbert, AZ, Lindsey has entered a futurist world of electronic big beats and animation, leaping through the music industry with over half a billion views on YouTube, Billboard chart-topping hits, and sold out tours worldwide.

Lindsey’s self-titled debut album featured 12 original tracks, including the viral smash “Crystallize,” which has racked up over 118 million YouTube views. The album has sold over 474,000 copies in the US without the backing of a major label, and has gone platinum in Germany and gold in Poland and Switzerland.

On April 29, 2014 Lindsey released her new album Shatter Me, which debuted at #2 on the Billboard Top 200 album chart, her highest charting album to date. The album features 12 new songs written by Lindsey and includes collaborations with lead singer Lzzy Hale from the Grammy winning band Halestorm and “The Voice” runner-up Dia Frampton of Meg & Dia.