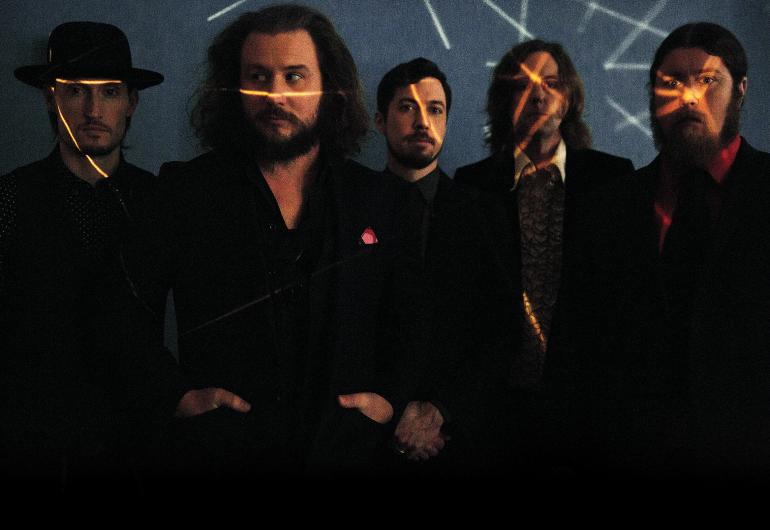 My Morning Jacket has built a reputation as a group who consistently challenges the paradigms in which they are placed. From psychedelic to soul to classic rock and roll, My Morning Jacket's range remains steadfast throughout the band’s 16 years. The Louisville quintet released the first of six albums in 1999 with their last two, 2008's Evil Urges and 2011's Circuital each receiving Grammy nominations - the latter debuting at #5 on the Billboard 200 chart.

On May 5, 2015, My Morning Jacket will release their seventh full-length album, The Waterfall. Recorded in Northern California’s Stinson Beach, they gladly took the inspiration that it offered and crafted a sparkling new album. The band features Jim James (singer/songwriter, guitar), Tom Blankenshipn (bass), Patrick Hallahan (drums), Carl Broemel (guitar, pedal steel, saxophone, vox), and Bo Koster (keyboards, vox). Known as one of the most engaging, eclectic & electric bands, in no small part due to Jim James' other-worldly vocals, they've become legendary for their live performances. The New York Times wrote this about the band, “...the new kings of expand-your-mind, religious-experience rock...”

A two performance package is available for sale here.

Please be advised that tickets within the first 10 rows of the stage may ONLY be picked up in person, at Will Call beginning at 3:00 pm the day of the show. These tickets can not be emailed or mailed to the buyer. Tickets must be claimed by the person who made the initial purchase. Personal identification and signature are required.This manner of distribution has been requested by the artist and their management. Thank you in advance for your cooperation.