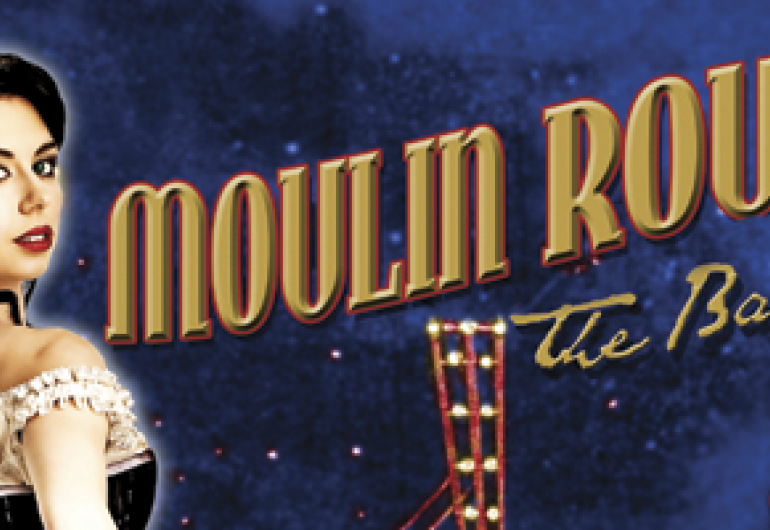 After the wild enthusiasm of last season's presentation of the Royal Winnipeg Ballet, the Canadian company returns with the world premiere of their original production of Moulin Rouge - The Ballet. Nothing captures the imagination like the glamour, decadence, and brilliance of the Moulin Rouge - a traditional cabaret or nightclub, located in the red-light district of Pigalle near Montmartre, Paris, France. Drawn to Paris by the city's passion, Matthew and Nathalie tempt the fates as they seek love and destiny.

Unveiling the story of the most celebrated cabaret in history, Canadian Jorden Morris's Moulin Rouge - The Ballet is the most highly anticipated event of the ballet season. Northrop's stage will transform with the signature RWB cinematic panache that recreates the passion of Paris in a time when pomp and excess ran hand-in-hand with poverty and hardship and where the heady elixir of personal freedom bred lifestyles that were often reckless and addictive.

Jorden Morris has chosen a compilation of music from French composers at the time the Moulin Rouge was opening, Toulouse-Lautrec was painting and the Eiffel Tower was being constructed. Also adding to the mix is music by Quartetto Gelato and Astor Piazzola for the Tango and Gypsy scenes, with Quartetto Gelato performing their own music live on stage.

Canada's Royal Winnipeg Ballet is proud to acknowledge it is the first ballet company in the world to collaborate with the famous Moulin Rouge in Paris and has been granted the rights to use their trademarked name for the title of this ballet.

Special support provided by the Consulate General of Canada in Minneapolis.

Latinos shaped this country and its culture even before there was a United States.