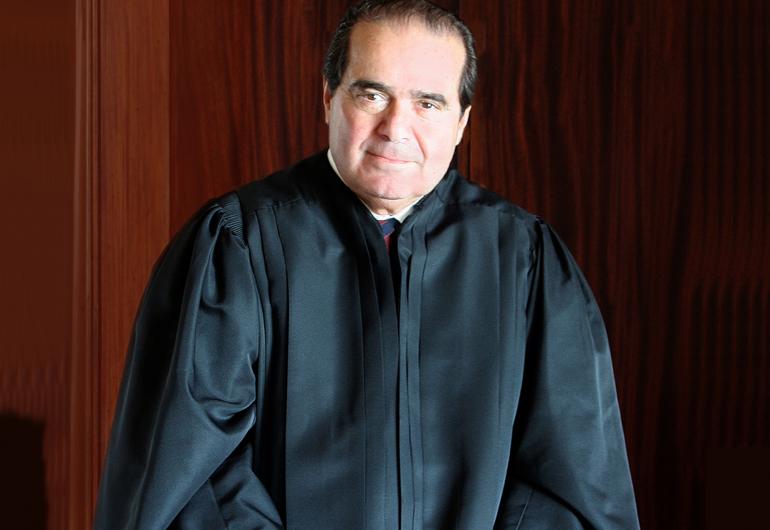 Justice Antonin Scalia will discuss the work of the U.S. Supreme Court, including his philosophy in deciding cases of constitutional and statutory interpretation. Following his lecture, Justice Scalia will answer questions from moderator, Professor Robert A. Stein, and from the audience.

Antonin Scalia is the senior associate justice of the United States Supreme Court, having been appointed by President Ronald Reagan in 1986. From 1982 to 1986, he was a judge on the U.S. Court of Appeals for the District of Columbia Circuit. From 1977 to 1982, Justice Scalia was a professor of law at the University of Chicago; from 1967 to 1971, he taught at the University of Virginia School of Law. He has also been a visiting professor of law at Georgetown University and Stanford University. From 1961 to 1967, he was in private practice in Cleveland, Ohio.

Born in Trenton, New Jersey, Justice Scalia received his A.B. from Georgetown University and the University of Fribourg, Switzerland, and his LL.B. ( J.D.) from Harvard Law School.

Prior to becoming a judge on the Court of Appeals, Justice Scalia was general counsel of the Office of Telecommunications Policy (1971-72), chairman of the Administrative Conference of the United States (1972-74), and assistant attorney general for the Office of Legal Counsel (1974-77). He has served as chairman of the American Bar Association’s Section of Administrative Law and its Conference of Section Officers.