Gregory Waletski grew up in Chanhassen, Minnesota and is a 1987 graduate of St. Olaf College in Northfield, MN. Inspiration for a dancing life began there with his first teacher, Toni Sostek. He has been a member of the modern and jazz repertory company, Zenon, for the past 22 years. As such he has worked with a wide range of choreographers including Susana Tambutti, luciana achugar, Netta Yerushalmy, Danny Buraczeski, Colleen Thomas, Bill Young, Sean Curran, Doug Varone, Morgan Thorson, Mariusz Olszewski, and Faye Driscoll. He has also performed in the companies of several Twin Cities' based choreographers including Megan Meyer, Wynn Fricke, Cathy Young, and Matthew Janczewski. In 2000 he was awarded a McKnight Fellowship for Dance and was the recipient of a 2011 Sage Award for Outstanding Performer. Waletski also has a rich and varied life outside of dance. For many years he has worked as a commercial salmon fisherman in Alaska's Bristol Bay. He is also an avid record collector and DJ at the monthly funk and soul dance night, Hipshaker. This year marks the end of Waletski's tenure with Zenon. Although, he does plan on returning as a guest artist and also for the company's outreach residencies with the deaf, hard of hearing community. For the past year he has been taking American Sign Language classes at St. Paul College in St. Paul, MN. Next fall he will begin their two-year program for a Sign Language Interpreter/Transliterator AAS degree. He also looks forward to continuing dance projects with Megan Mayer and others. 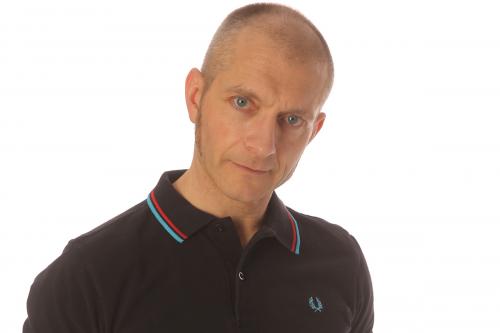