Kari Mosel hails from Eau Claire, Wisconsin where she grew up riding horses, climbing trees, and tripping over her own feet. She received her BFA in Dance from the University of Minnesota in 2004. In 2002 Mosel began her professional career with an apprenticeship for Shapiro & Smith Dance. She became a full company member in 2006, while tour managing and understudying for ANYTOWN. Mosel also serves as the administrative assistant and board secretary for Shapiro & Smith Dance. In 2005 she became a company member and teaching artist with Stuart Pimsler Dance & Theater (SPDT). Performing with them nationally and internationally for the past 8 years, Mosel has assisted in SPDT workshops and residencies in educational and healthcare. She was SPDT’s company manager from 2009-2011 and now serves as their video editor and archivist. Mosel has also danced with Time Track Productions, Kats D and the Paneer Project, Marciano Silva dos Santos, Jim Lieberthal, Black Label Movement, Jenny Pennaz, Julie Warder, Cade Holmseth, and as apprentice for Zenon Dance. In October 2012 Mosel was nominated for a SAGE Dance Award for Outstanding Performer. In addition to performing, she creates her own work, which has been presented at The Women’s Club, Patrick’s Cabaret, and The Ritz Theater in Minneapolis and has also been commissioned by The University of River Falls Dance Program for the past several years. Mosel is also the performance coach for the Hudson High School Gymnastics Team. 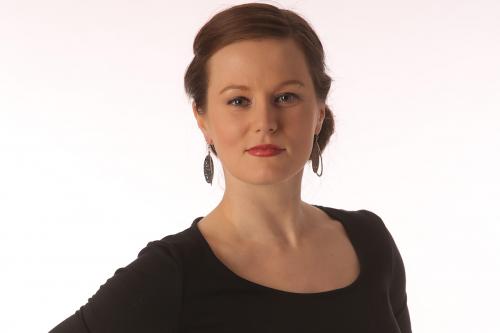