Tamara Ober is a dancer, choreographer, and multidisciplinary creator based in Minneapolis. Her recent work includes the solo show, Sin Eater, which received Sage Award Nominations for Performance, Performer, and Design (2012) and will be presented in Red Eye’s Isolated Acts in Minneapolis, June 13-16, 2013. Ober’s critically acclaimed multidisciplinary solo show, Pipa toured across the U.S., Canada, and to Budapest and received Montreal Fringe’s first-runner-up Best English Language Production Centaur Award (2009), 5-Stars from CBC Winnipeg (2009), City Pages Best Artist (2009), Minneapolis Sage Award for Outstanding Performer (2010), and Metro Magazine’s Keeper Award (2011). A graduate of the University of Minnesota with a BFA in Dance, Ober joined Zenon Dance Company in 2002 and has worked with over 35 emerging and world-renowned choreographers, touring to New York, St. Petersburg, and Budapest. Other credits include producing and performing the MN Fringe show FLESH, where she performed "One," a U.S. premiere by Hungarian, Marta Ladjanski. Ober received an American Composer’s Forum Grant (2013) with Julie Johnson of McPhail, and their new work will premiere in MN Fringe, August 2013. Later in August, she will be performing in the IMPETUS Festival at the Soap Factory which investigates the process of creating work, and will be designing choreography for an NEA supported Veteran’s play, premiering in Minneapolis, November 2013. Ober has performed lecture/demonstrations, speeches, and workshops for Perpich Center for Arts Education, Southwest H.S., Minnesota MEA day for art teachers, Public School Music Appreciation performances, and set Pipette (a condensed version of Pipa) on a Carleton College student. She has consulted in the development of programs for the renovation of Northrop, ICLA’s new masters program in Austria, and a multidisciplinary program at the Perpich Center for Arts Education in connection with the Walker Art Center’s "Out There Series." 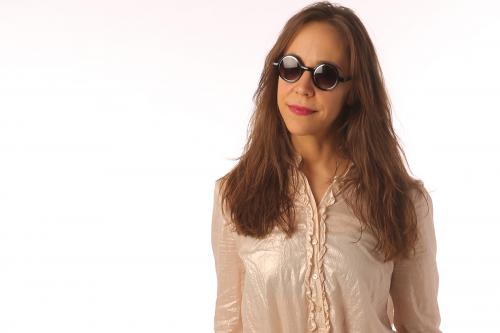