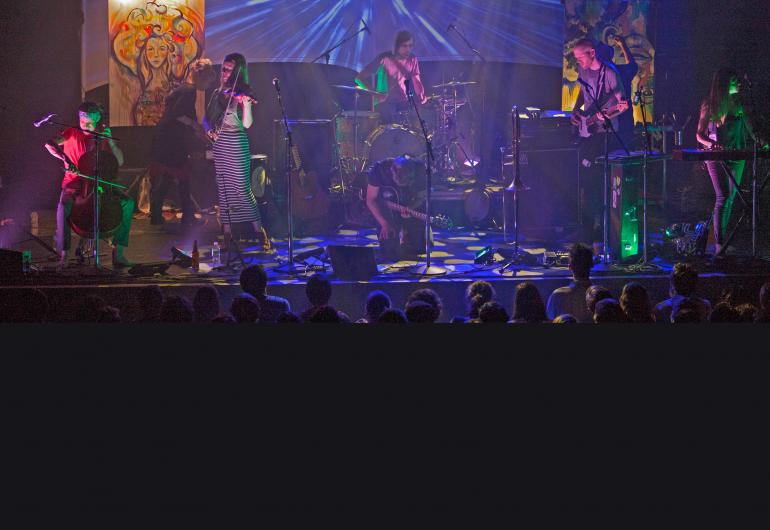 Cloud Cult will be performing the full score to their award-winning film "The Seeker" plus an additional second set.

Cloud Cult developed in 1995 as Craig Minowa recruited several other artists to contribute to his solo recordings. The band's early work earned Cloud Cult several offers from record labels, but all were rejected in favor of self-publishing. As they began to play live, one of their show's most distinctive features was the live painting by Connie Minowa and Scott West: over the course of a show they each completed a painting to be auctioned off at the end.