History and the Targets of Medieval Holy War 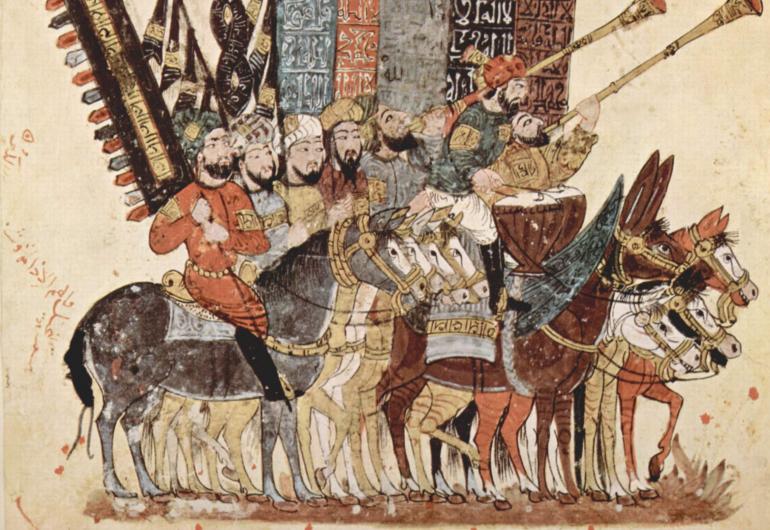 The study of the Crusades, that sequence of papally-sponsored holy wars against various enemies of the Church, has never been more exciting. These movements are part of the warp and weft of medieval history, and yet (rightly or wrongly) weigh heavily upon the modern and contemporary imagination. And yet, for all that, even the best-intentioned histories of the Crusades tend to be descendants of the same flattering tales told by supporters of the crusades since the Middle Ages, rooted solidly in a “Crusader’s-eye” version of these events. What happens when we consider these events from the perspective of the “crusaded” rather than the crusaders? How does listening to the targets of medieval holy war, on every shore of the Mediterranean, help us to understand this central aspect of European history?

Paul M. Cobb, Professor of Near Eastern Languages and Literatures at University of Pennsylvania, is a social and cultural historian of the pre-modern Islamic world. His areas of interest include the history of memory, historiography, Islamic relations with the West, and travel and exploration. He is, in particular, a recognized authority on the history of the medieval Levant and of the Crusades in their Islamic context. He is the author of numerous books and articles, including  White Banners: Contention in ‘Abbasid Syria, 750-880 (SUNY Press, 2001); Usama ibn Munqidh: Warrior-Poet of the Age of Crusades  (Oneworld, 2005); and The Book of Contemplation: Islam and the Crusades, a translation of the “memoirs” and other works of Usama ibn Munqidh (Penguin Classics, 2008). He is also the co-editor (with Wout van Bekkum) ofStrategies of Medieval Communal Identity: Judaism, Christianity, and Islam (Peeters, 2003) and (with Antoine Borrut) of Umayyad Legacies: History and Memory from Syria to Spain (E. J. Brill, 2010). His newest book is The Race for Paradise: An Islamic History of the Crusades (Oxford 2013).