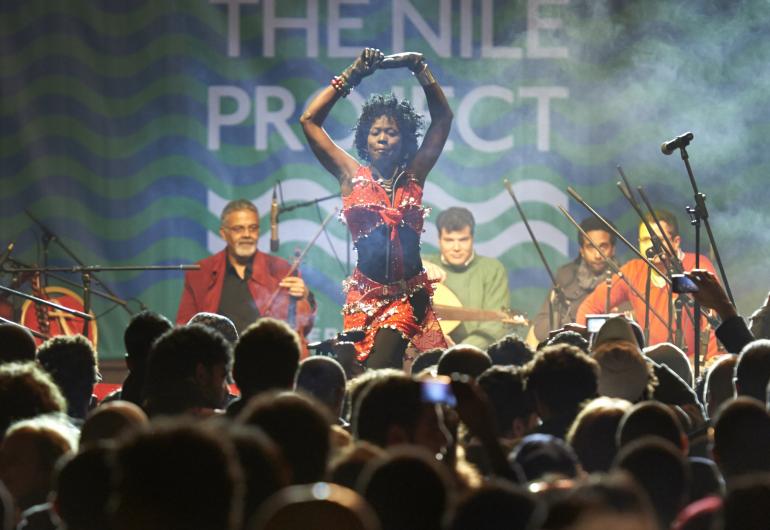 For millennia, the Nile has nourished lands of human, ecological, and cultural beauty. Connecting the polyrhythmic styles of Lake Victoria and the pointed melodies of the Ethiopian highlands with the rich modal traditions of Egypt and Sudan, the 4,200 mile river yields an enormous range of songs and dances, expressing stories, emotions, and daily life.

The Nile Project intertwines these traditions into a new, unified sound. A powerful pan-Nile percussion section drives the collective, which reunites traditional instruments of common ancestry while merging new ones. The plucked harp (lyre) and spike fiddle have been at the heart of the Nile’s musical identity since ancient times. Today, modern versions of both instruments are found in every country within the Nile Basin. In the music from their first album, Aswan, the lyre is represented by the Sudanese masenkop, Ugandan adungu, and Egyptian simsimiya and tamboura, while the spike fiddle manifests as the Ethiopian masenko and Ugandan endingidi. In curating the collective, co-producers Miles Jay and Mina Girgis sought to highlight the unique timbres of these instruments, while also surrounding them with complementary sounds from their respective traditions, including the Ethiopian saxophone, Egyptian ney, oud, and violin, and the bass guitar.

With its power to promote dialogue, change perceptions, and inspire action, music is the Project’s natural starting place. By exposing local audiences to the cultures of their river neighbors, the initiative’s music provides a space for audiences to learn about each other and create a shared Nile identity. Building on this awareness, the Nile Project is developing educational programs, an online dialogue platform, and a Nile Prize to incubate innovative solutions to the region’s cultural and environmental challenges.

Check out this TED Talk featuring The Nile Project.

Recently New York Times reporter Jon Pareles said of The Nile Project: “"With such vibrant music...the Nile Project was a superb example of what I call small-world music, of what happens to traditions in the information age."

Other media appearances include an interview from BBC's Focus on Africa with co-founders, Mina Girgis and Meklit Hadero; inclusion in NPR Music's recap of globalFes; and an interview with the Miami Herald. 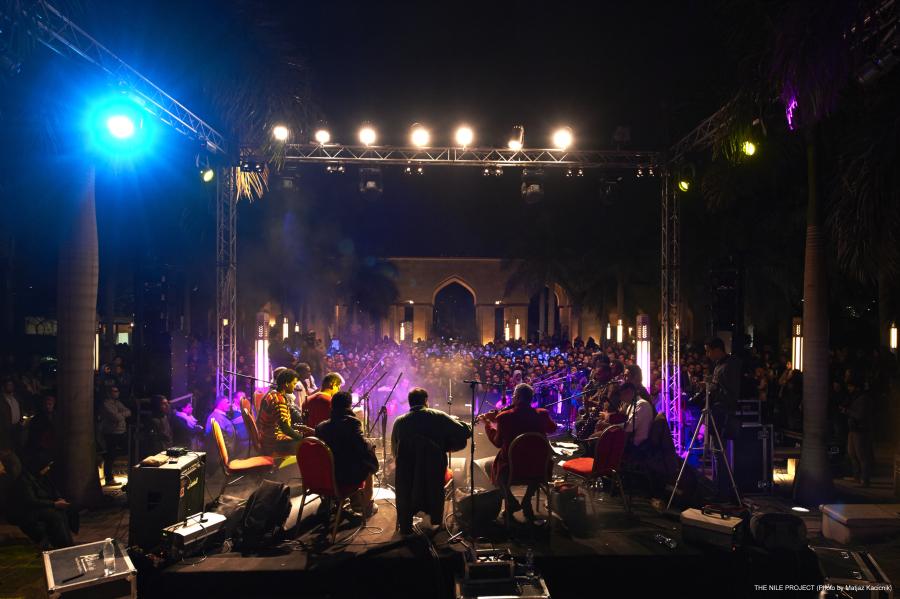 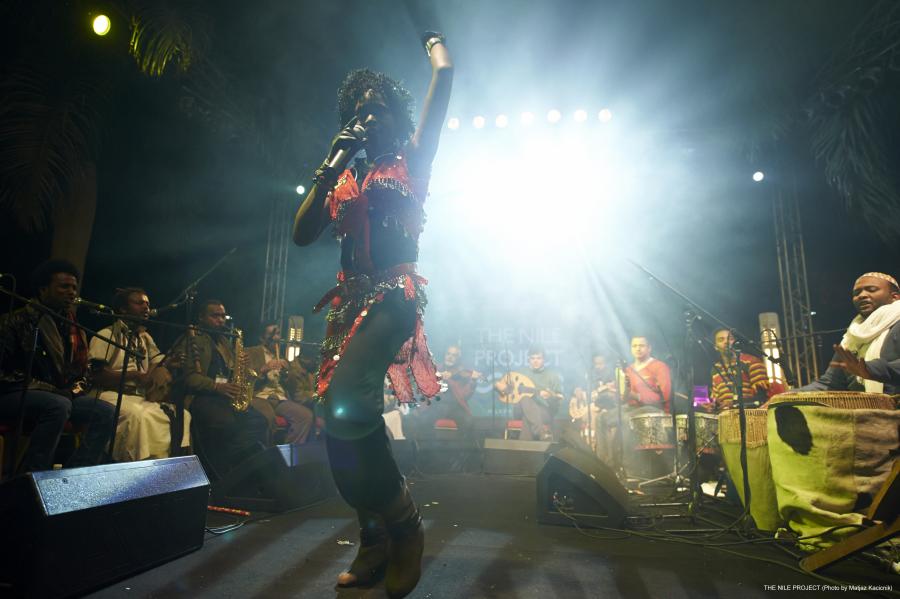 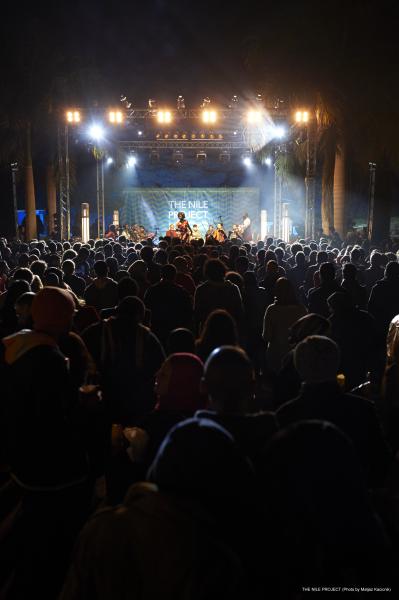 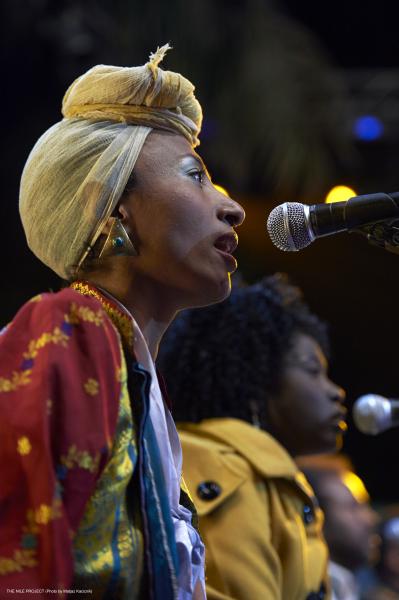 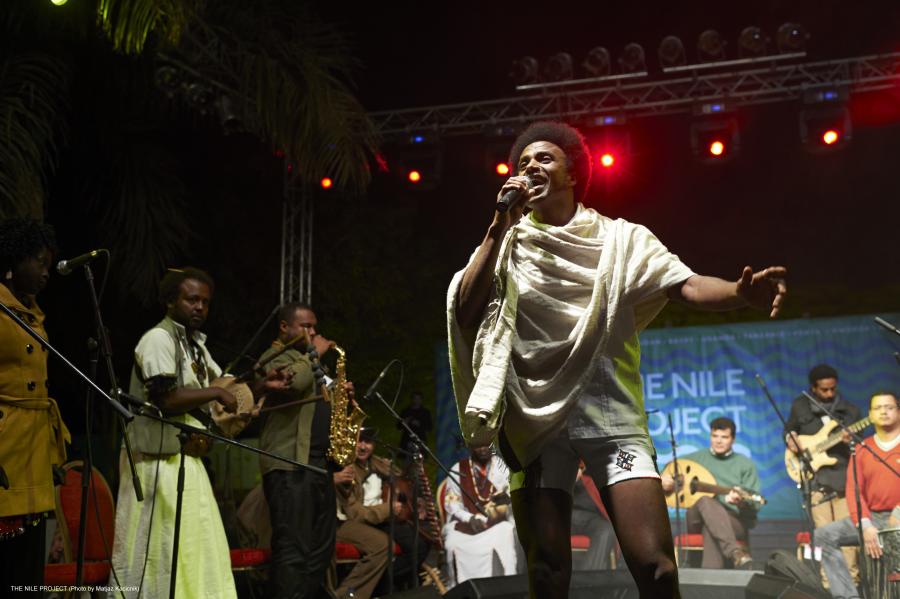