Teaċ Daṁsa performs Oct 24-Oct 27 at Walker Art Center in a co-presentation with Northrop. Here are Five Fast Facts to know about the company and the performance in advance.

Please note: This production ontains sounds of gun shots, references to suicide, and depictions of physical and sexual violence. Note that real feathers will be blown into the front rows, which may affect people with allergies. 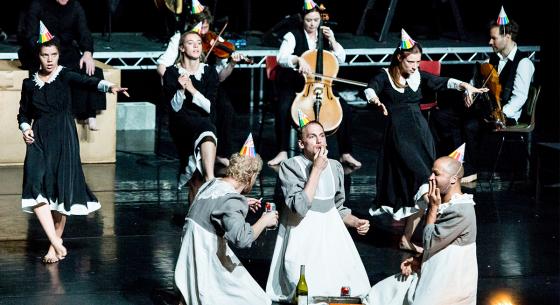