Internationally acclaimed organ virtuoso Hector Olivera makes his Northrop debut in a program that features works by Meyerbeer, Elmore, Franck, Vierne, and more. Beginning years ago as a child prodigy in Buenos Aires, the Juilliard-trained organist now commands the finest organs on the world stage. Acclaimed for his prodigious technical proficiency and the uncanny effect he has on his audience, Maestro Olivera is a passionate, gifted, and unique musician, whose personal interpretations of both classical and popular music have amazed and delighted audiences around the world.

The event will begin with the premiere of a 45-minute documentary, The Northrop Organ: Past, Present and Future. The film tells the story of Northrop’s Aeolian-Skinner pipe organ, Opus 892, from its beginning in 1932 to the present day. The documentary is produced by the Twin Cities Chapter of the American Guild of Organists in anticipation of the regional convention in the Twin Cities coming July, 2023.

An evening with Mr. Olivera has been described as, “an event, a happening, a joyful celebration of the sheer power and pressure that a true virtuoso like Hector Olivera can unleash in a concert hall.” —The Times 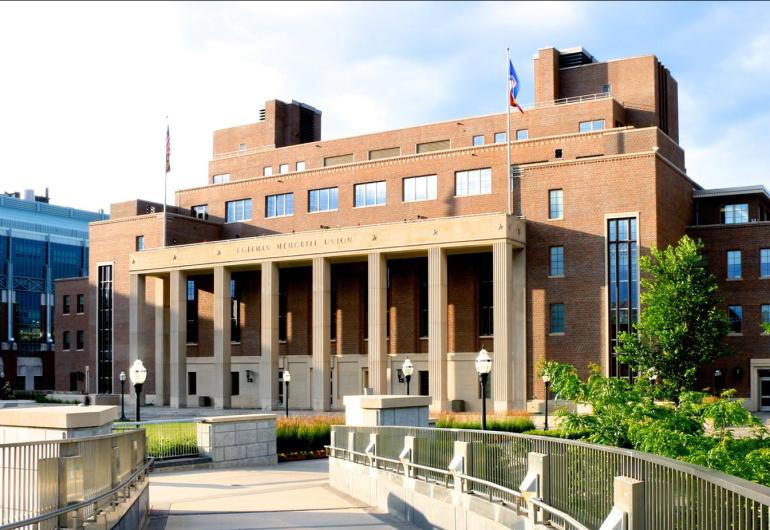 Immediately following the concert, join us for a celebratory reception at the Campus Club in Coffman Memorial Union hosted by the Twin Cities Chapter of the American Guild of Organists. Connect with friends, colleagues, and lovers of organ music while enjoying a complimentary beverage and an inspired menu of locally sourced food prepared by executive chef, Beth Jones. Space is limited, early registration is recommended. Register for the reception when ordering your concert tickets.

Those attending the reception are encouraged to move their vehicle after the concert to the East River Road Garage located next to the Campus Club. Attendees who purchase a prepaid parking reservation for the concert at the Church Street Garage will not be charged to park at the East River Garage while attending the reception. Your information will be forwarded from the Box Office to the garages.

A Celebratory Reception at the Campus Club immediately following the concert. Registration required. 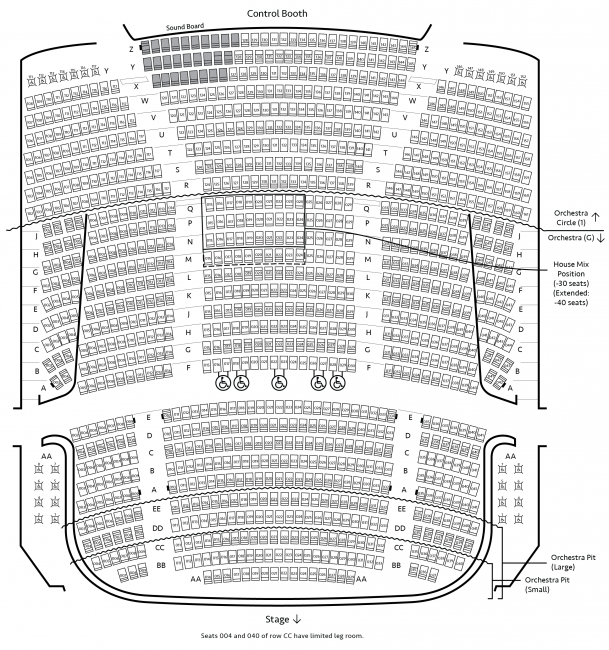 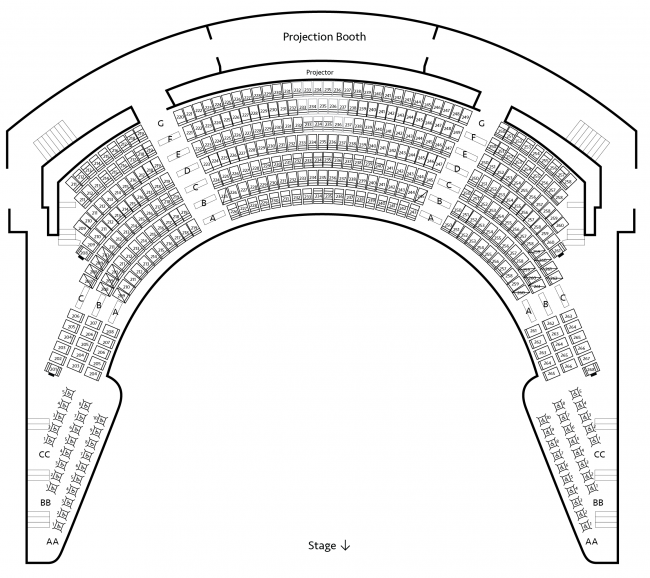 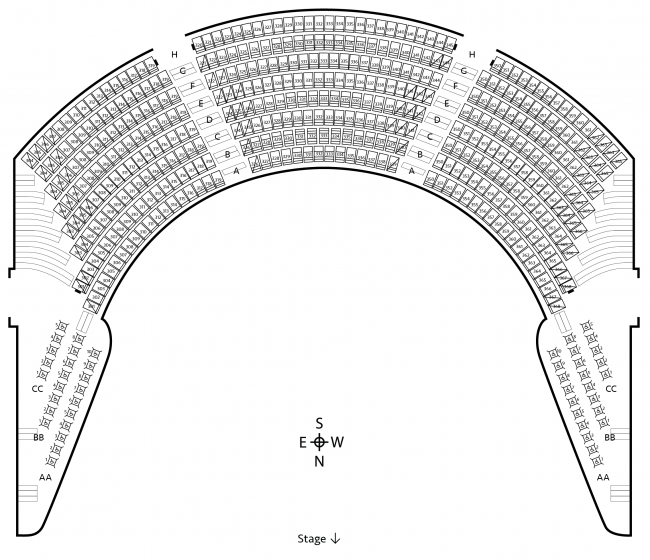 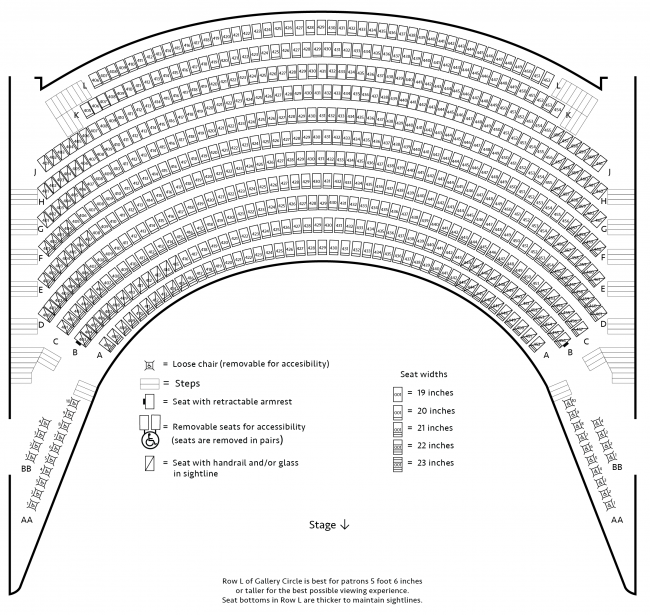 Learn More and Register at TCAGO

Presentation by Hector Olivera for TCAGO
The Art of Transcription: Vivaldi’s "Seasons" and The Tangos of Astor Piazzolla. 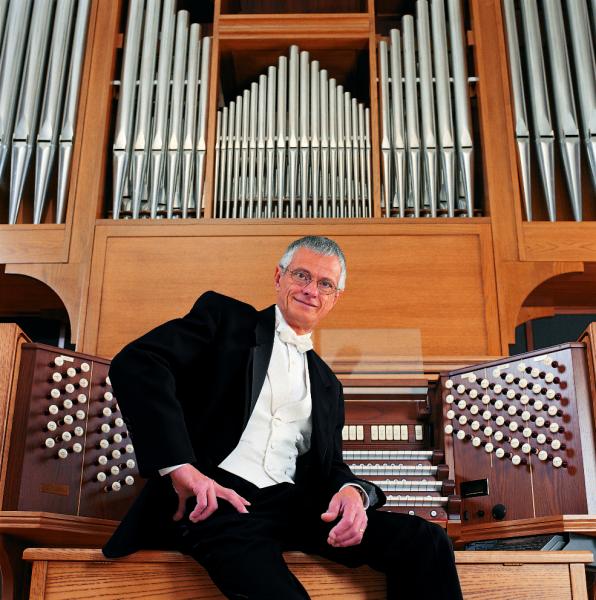 Preview of the documentary, "The Northrop Organ: Past, Present and Future" premiering Jun 5 at the concert. 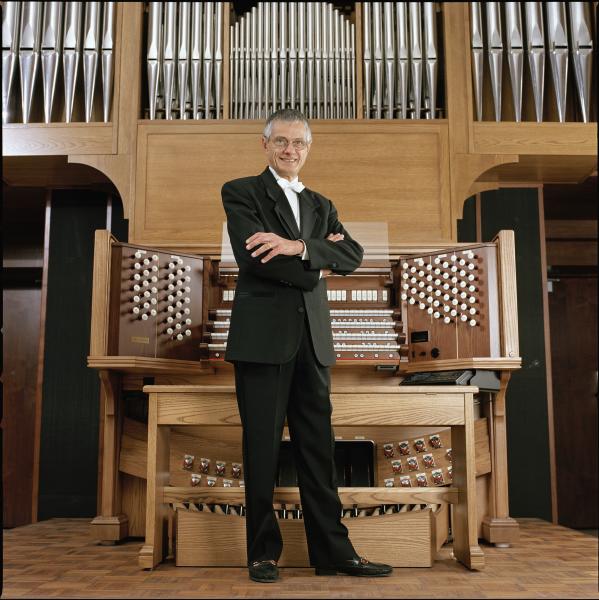 The Twin Cities American Guild of Organists was established in 1910 as a branch of the original American Guild of Organists headquartered in New York City in 1896. Today, the Twin Cities chapter is made up of 345 organ connoisseurs from around the metro area and across Minnesota. The organization produced the film documentary included within the kickoff event which features Northrop’s newly renovated Aeolian-Skinner Pipe Organ.

Hector Olivera has been deemed by organ aficionados as one of the greatest organists of our time and an extraordinary improviser. He has performed as a soloist in countless prestigious venues and orchestras all over the world, including the Notre Dame Cathedral in Paris, the 1996 Atlanta Olympic Games, and recently close to home with the Minnesota Orchestra. He has even performed for numerous notable figures throughout his decades-long career, including the legendary Eva Perón.

Maestro Hector Olivera is a passionate, gifted, and unique musician, whose personal interpretations of both classical and popular music have amazed and delighted audiences around the world.

The Times Reporter describes an evening with Hector Olivera as: “An event, a happening, a joyful celebration of the sheer power and pressure that a true virtuoso like Hector Olivera can unleash in a concert hall.”

Born in Buenos Aires, Mr. Olivera’s first teacher (who was his father) encouraged him to begin playing the pipe organ when he was three. Two years later, he was appointed organist of the Church of the Immaculate Conception. At age 5, he played for the legendary Eva Perón. At six, he entered the Buenos Aires Conservatory to study harmony, counterpoint and fugue. By age nine, he had composed a suite for oboe and string orchestra, performed by the Buenos Aires Symphony Orchestra.

At age twelve, Mr. Olivera entered the University of Buenos Aires where he studied with Hector Zeoli and Juan Francisco Giacobbe. By eighteen, he had performed more than three hundred concerts throughout Latin America, appearing frequently on Argentinean radio and television. During this time, he also served as the senior improvisational accompanist for the Collegium Musicum in Buenos Aires, vastly increasing his prodigious improvisational talent.

In 1988, after years of performing in the United States, Maestro Olivera was invited to play once again in Argentina. Upon arriving, he was welcomed as a national hero with “Standing Room Only” concerts attended by celebrities and heads of state, as well as being featured on national radio and television shows.

In addition to his solo concerts, Mr. Olivera has performed as guest soloist with orchestras worldwide including the Pittsburgh Symphony, the Fort Wayne Symphony, the Dover-New Philadelphia Orchestra, the Dallas Symphony, the Cleveland Orchestra, the Amsterdam Baroque Ensemble, the Minnesota Orchestra, and the Pasadena Symphony. Composer Robert Vandall described Mr. Olivera’s performance with the Tuscarawas Philharmonic as “an opportunity to hear and see greatness.”

His collaboration with the Pasadena Symphony produced a “Limited Edition Gold CD” featuring Mr. Olivera in the Saint-Saëns Symphony No. 3.

In 1992, Mr. Olivera was guest artist at the American Guild of Organists’ convention at the Fox Theatre in Atlanta performing the world premiere of a commissioned work written by William Albright. Later, from this same stage, Olivera performed on Garrison Keillor’s A Prairie Home Companion, and according to Keillor, he “literally stopped the show!”

In 1996, in celebration of the Olympic games, Mr. Olivera was given the honor to perform a solo concert at Spivey Hall, Atlanta for which he received multiple standing ovations. The Atlanta Journal Constitution wrote: “Olivera swept the audience with absolute Olympic virtuosity, and that still doesn’t say it … Hector Olivera is in a class by himself.”

In 2000, Mr. Olivera performed a solo memorial concert in New York City’s St. Paul the Apostle as a tribute to his hero, the legendary organist Virgil Fox. He played a subsequent Virgil Fox Memorial Concert at Grace Cathedral, San Francisco in 2004.

In 2002, Mr. Olivera was invited again to perform for the American Guild of Organists’ National Convention, where his transcription of Stravinsky’s Firebird Suite spontaneously brought the large audience of peers to their feet. Again, in 2004, his appearance before the Guild’s National Convention in Los Angeles was considered an historic triumph by 2,200 cheering organists, who gave him four standing ovations in 45 minutes.

In 2010, Mr. Olivera’s magnificent recital at the renowned Walt Disney Concert Hall in Los Angeles moved an enthusiastic audience to its feet. The Pasadena Star quoted: “Olivera began winsomely but gradually morphed into a gigantic mass of sound with elements of Messiaen, Vierne and others folded in, including a reprise of the Bach Passacaglia and Fugue from the first half. The audience was on its collective feet at the end, deservedly … No encores were played … or needed.”

In 2014, Mr. Olivera received an invitation to perform at the grand Hong Kong Cultural Center Concert Hall, and the magnificent Shenzhen Concert Hall in China.

In 2016, Maestro Olivera toured Australia where he brought the house down at the glorious Sydney Town Hall, the resplendent Melbourne Town Hall, and the stunning Brisbane City Hall, receiving multiple standing ovations, and rave reviews.

Mr. Olivera continues to thrill audiences with both solo classical and orchestral compositions, now released on DVD and more than 20 classical, contemporary, and film score recordings.

Most famous for his prodigious technical proficiency and charismatic stage presence, Mr. Olivera’s amazing effect on audiences has made many of the most sophisticated and demanding organ aficionados claim that Maestro Hector Olivera is “one of the greatest organists in the world today."

We hope you enjoy today’s program and remind you that organ music in its infinite variety is featured every week on American Public Media’s PIPEDREAMS as broadcast throughout the upper Midwest on Sunday mornings from 6 am to 8 am on the network stations of YourClassicalMPR (KSJN-99.5FM in the Twin Cities*) and available globally 24/7 online at pipedreams.org. PIPEDREAMS is celebrating its 40th anniversary in national syndication, a record in broadcast history.